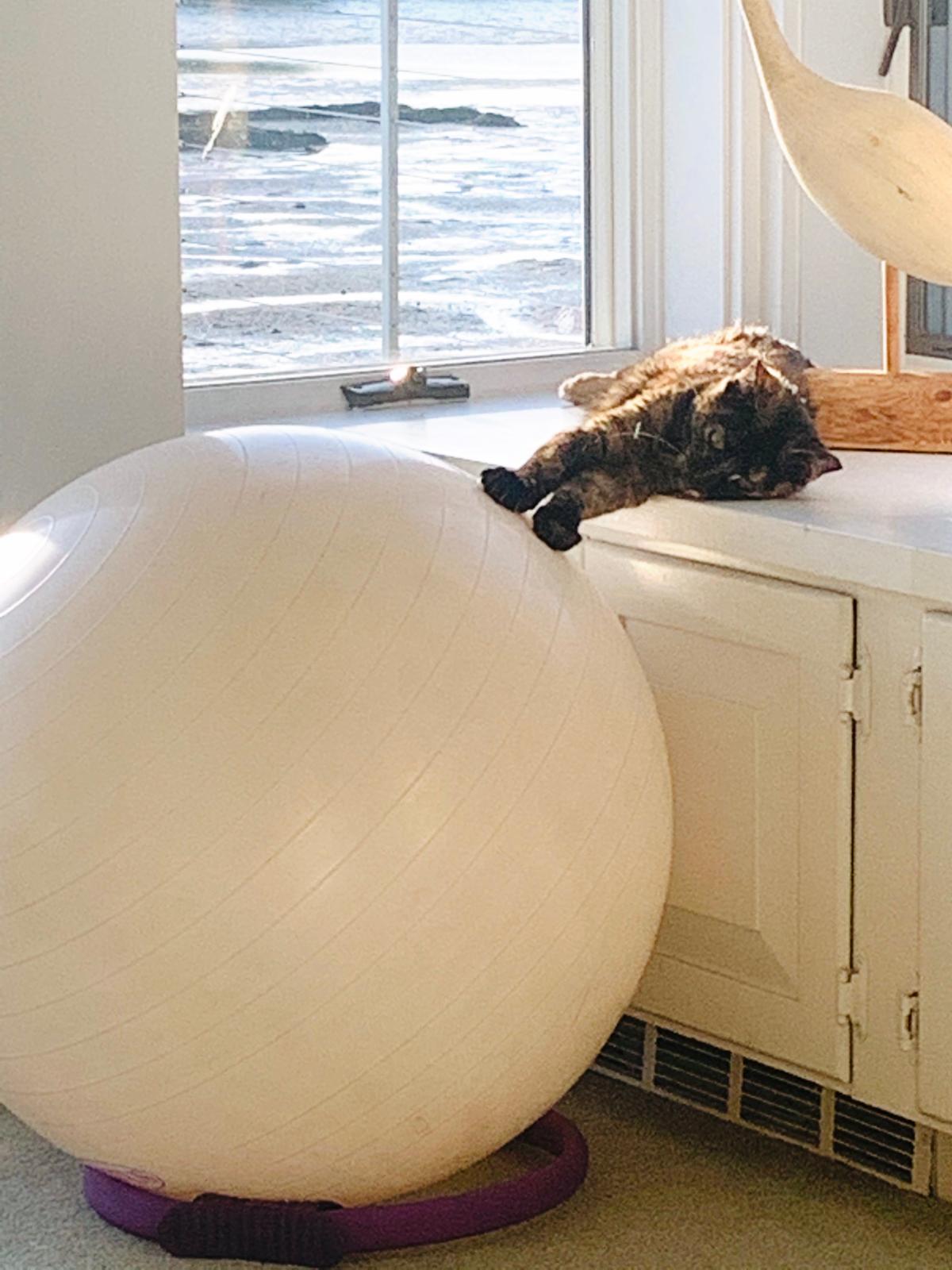 b :
characterized by easy flexibility and grace : lithe

Lissome (sometimes spelled lissom ) is a gently altered form of its synonym, lithesome . While lissome tends to be the more popular choice these days, the two words have similar pasts. They both appeared in the 18th century, and they both trace back to the much older lithe , which first appeared in English during the 14th century and comes from an Old English word meaning “gentle.”

‘Lissome’ characterizes one of our goals in Relax & Lengthen; and here you can see the gentleness, flexibility and grace exhibited above by Katherine’s cat Maisy!